You known, fuel injector is one of the important parts of you car. So it is important for us to learn something about how it works. In this article, I will tell you some knowledge on this aspect. 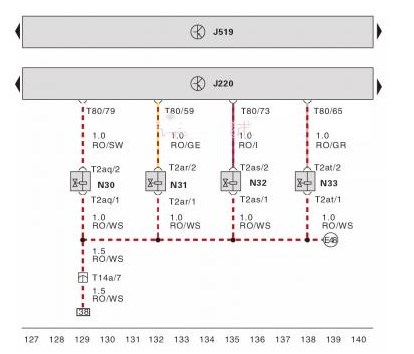 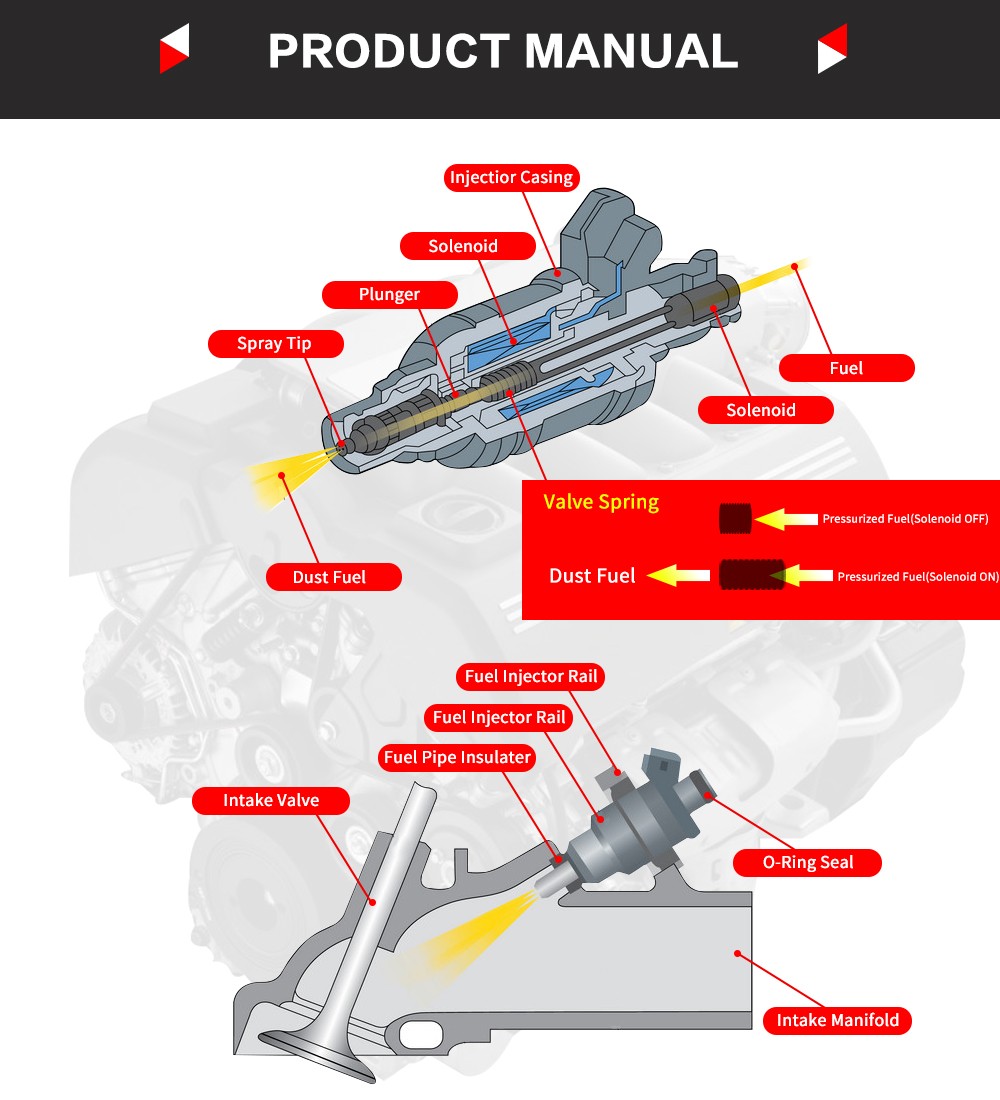 When the fuel injector is not injecting oil, the return spring presses the needle valve tightly against the valve seat through the armature to prevent dripping. When the electromagnetic coil is energized, it generates electromagnetic attraction force, which attracts the armature and drives the needle valve away from the valve seat. At the same time, the return spring is compressed, and the fuel passes through the needle valve and is ejected from the annular gap or injection hole of the shaft needle and the nozzle.

Common fuel injector failures are as below:

A. Poor atomization of the injector

Trouble phenomenon: The power of the diesel engine is reduced, the exhaust smoke is black, and the sound of the machine is not normal.

Failure analysis: When the injection pressure is too low, the injection hole wears carbon deposits, the spring end face wears or the elastic force drops, it will cause the injector to open early, close late, and form a bad phenomenon of injection atomization. In addition, because the diesel droplets with an excessively large particle size cannot be fully burnt, they flow into the oil pan along the cylinder wall, increasing the oil level of the engine oil, reducing the viscosity, and deteriorating the lubrication. It may also cause the accident of burning the Vara cylinder.

Trouble phenomenon: The power is reduced, the engine is difficult to start, or even unable to start.

E. The oil return is too high

In order to avoid abnormal damage to the fuel injector, it is necessary to change the oil according to the season and maintain the diesel filter regularly. Avoid using inferior fuel and inferior filters, and also need to avoid the engine running for a long time. At the same time, it should be pointed out that the common rail system is a high-pressure system. Please do not disassemble it without permission to avoid injury. The fuel injector is a precision component.

Then, if you found that your car fuel injector was broken, the first suggestion is to go to the professional maintenance point for maintenance. But if you want to try to repair it by yourself, I can give you some tips for fuel injector replacement. Disassembly steps are as below:

(1) Remove the upper body of the intake branch pipe.

(2) Remove the fuel injection pipe with an open ring wrench 3035.

(3) Unscrew the fastening nut, remove the bracket, and remove the fuel injector.

(4) Replace the heat insulation pad between the injector and the cylinder head.

(6) Check the base and install the injector correctly on the cylinder head.

(7) Install the bracket, the tightening torque of the bracket bolt is 20N·m.

(8) Install the fuel injection pipe with a tightening torque of 25N·m.

(9) Install the upper body of the intake branch pipe.

As one of the biggest car fuel injector manufacturers in China, DEFUS can provide the auto parts to many brands of cars, including Toyota, Ford, Nissan, Audi, Chrysler, Mazda, Honda, etc. And we accept customization. If you are searching for the replacing fuel injector, please watch our website and we will give you the favorable price.